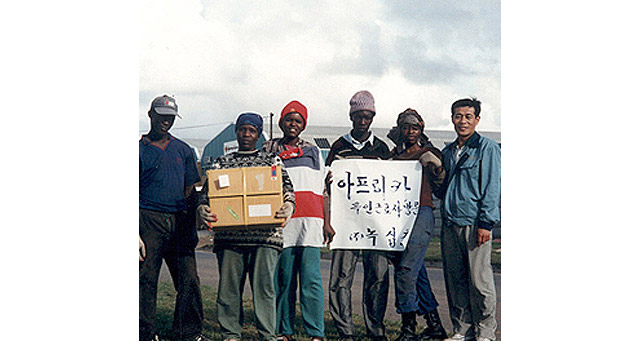 NOKSIBCHO ALOE, the Company like Untouched Nature
NOKSIBCHO ALOE took its fist step as a company specialized in aloe in 1975 by distributing aloe for the fist time in Korea based on the founder Hyung-mun Park’s founding philosophy, practicing love for the mankind.

Incheon Namdong Plant was established in 1987 to make aloe-like products alive with the vitality of nature, and the Petersburg Farm was established in 1989 with a commitment to natural cultivation method, becoming a foothold for the future of the aloe industry.
In addition, the Namdong Plant, which has been devoted to manufacturing reliable products from ingredients to manufacturing processes, has acquired the GMP certificate, the health food manufacturing standard, maintaining the high reputation of NOKSIBCHO ALOE. 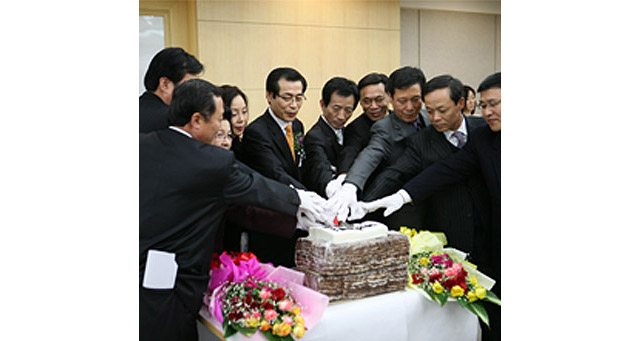 For Sharing World, NOKSIBCHO ALOE
NOKSIBCHO ALOE has 3 pillars of management philosophy, naturalism, human respect and social contribution, and have been making various efforts for our neighbors.
Shinbaram Movement, which has philosophy that health starts from the life like Cornelian cherry flowers blooming first in the spring, has been donating health functional food every year to livelihood protection recipients since 1991, realizing the management philosophy of love for neighborhood.

In addition, in the social dimension of corporate profits, the Life Movement sponsoring children has infused vitality into the forest of hope and has been expanding.

Opening of the “Treatment-centered” NOKSIBCHO Oriental Medicine Hospital
Aloe from the barren land now reaches out to the world through NOKSIBCHO.

Tears and sweat of NOKSIBCHO in the R&D of Aloe in the past 35 years have become a solid foundation for NOKSIBCHO ALOE to grow into a global company specialized in functional health foods and cosmetics.
In addition, for business diversification, Jeju island farm will be converted to a large-scale resort. Academic-Industrial Cooperation will be conducted to finalize the development of the next generation aloe in near future which enhances the excellence of existing aloe. This will secure the presence as Korea’s only company specialized in the alternative medicine. 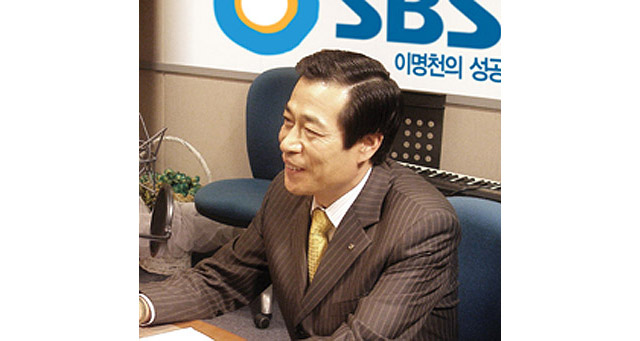 Those who have devoted the whole life in the development of natural medicine by dreaming of a new leap toward a higher place and by humbling in front of marvelous nature
NOKSIBCHO ALOE, healthy people who love neighbors and mankind, will follow the path under the name of truth for the name of natural science which you have planted on this earth.
For Sharing World, NOKSIBCHO ALOE